Click here to learn about Immunall’s patented blend of medicinal herbs and the positive effect on your horses.

Order Now! Click here to place an order for Immunall to see its amazing effects within a few weeks! 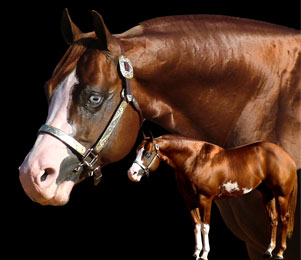 Welcome. Throughout this site you will find valuable information about Immunall along with dozens of testimonials from horse owners, breeders and trainers that have witnessed its amazing results. Not only am I an Immunall distributor, I also breed Thoroughbred Race Horses and Warmblood Show Horses, including multiple recipients of the coveted USEF Horse of the Year award. This is my personal experience with Immunall:

A good friend of mine, Lisa Dworkin, introduced me to Immunall several years ago. She was using Immunall for her Imported Holsteiner Stallion, Le Santo, and experienced significant improvement in his overall health, condition and fertility. She also began using it on broodmares and had the same success with a notable increase in fertility. I am a person that is very skeptical about using any kind of supplements for my horses, especially one like Immunall that claims to have such wonderful results for so many different conditions. Lisa convinced me to try it and although I was still extremely skeptical, I showed the list of ingredients to my veterinarian and tried it on a couple of my horses.

I did not believe that a “holistic remedy” could improve fertility in broodmares, so I tried it on several mares that were extremely difficult to breed. To my astonishment, each of the mares took within the same month of starting them on Immunall; several in as little as 10 days. This definitely got my attention, but I was still a skeptic and thought there must be another explanation or it was just a coincidence. Then I decided to give Immunall to my 20 year old Paint mare that had not gotten pregnant for 7 years. I bred her to a 24 year old stallion and had very little hope that she would ever have another foal. She checked in foal after the first breeding. I quickly began to realize that maybe there was merit to the claims made by Immunall. 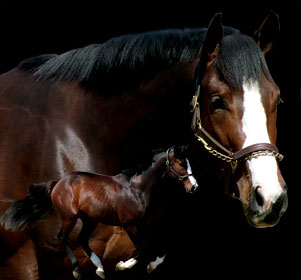 One of our babies was 21 days premature and her dam had two placentas. The filly’s IgG was 0 and the vet said there was little to no chance for her survival. After a plasma infusion and Immunall the filly pulled through and is now a normal healthy horse. The same mare was rebred the following year and had a one month premature foal. She was started on Immunall two weeks before she foaled and this baby had an IgG of 300 and was the nicest foal on the farm.

After doing more research, speaking with distributors and other Immunall users I became a firm believer that Immunall is one of the few herbal supplements that truly lives up to its claims. I have tried Immunall for multiple problems including a skin issue that I have been battling for 5 years with one of my geldings. His skin problems were completely gone in 3 weeks of starting him on Immunall. I rescued an underweight mare with two broken legs and put her on stall rest and Immunall. In 3 months she passed her Oldenburg inspection with flying colors and in 5 months she was entirely healed.

This year I had five mares that took on their foal heat and seven others took the first time they were bred. My Thoroughbred race horse babies used to stay in the stalls for six to eight weeks until their legs strengthened and since I’ve started giving Immunall to my pregnant mares I have had one foal that stayed in for only a week. I’ve witnessed abscesses disappear in less than one week, cuts heal without scarring and my horses coats don’t just shine, they glow.

Immunall is the best purchase I have ever made for my horses. Using Immunall as a preventative measure has saved me thousands of dollars in veterinary expenses and it has also helped to save the lives of several of my horses. Although I am still a skeptic in herbal supplements, I am a 100% believer in Immunall. I can’t stress enough how much of a difference Immunall can make with your horses. After you have tried Immunall and or nOCD/After Ace and witnessed their amazing results, please share your results with us!